Member of the Best Attorneys of America

Member of the Florida Justice Association

Sinkholes are holes or depressions in the ground that open up because of a collapse of the surface layer. Sinkholes can be caused by natural or artificial occurrences and have seen to be able to swallow people, cars, and even entire houses.

Because Florida is built upon a large slab of limestone, it is more prone to sinkholes than any other state in the country. In addition, Florida's peninsula is covered by mixtures of sand, clay, and carbonate rocks that form a karst terrain that gives way to wet caves, springs, streams, sinkholes, and other surface depressions.

Sinkhole formations can appear through natural erosion caused by water drainage or man-made influence such as machinated pumping for water, drilling, or excavation.

Since Florida suffers from so many sinkholes, the State Legislature has passed laws regarding sinkhole damage and insurance. The help of an experienced insurance attorney can assist those who have faced the effects of a sinkhole.

If you or a loved one has been affected by the appearance of a sinkhole and need legal advice, it is important to contact an experienced Sarasota insurance attorney.

Germain Law Group has represented countless clients in the Central Florida area, with legal practice experience in a wide range of Florida insurance law. Germain Law Group will fight for your rights and deliver the professional legal service you deserve.

If you need legal representation in the Sarasota area or any of these counties: Manatee County, Pinellas County, DeSoto County, or Hardee County; Germain Law Group will review your case.

Florida Statute § 627.706 states that every insurer in Florida must provide coverage for catastrophic ground cover collapse. The insurer must also make available coverage for sinkhole losses for any structure, in addition to contents of personal property inside the structure.

The insurer may require inspection of the property before issuing coverage, and may also include a deductible amount applicable to sinkhole losses. Florida Statute § 627.706 defines a sinkhole as a landform created by subsidence of soil, sediment, or rock as underlying strata are dissolved by groundwater.

A sinkhole forms by collapse into subterranean voids created by the dissolution of limestone or dolostone or by subsidence as these strata are dissolved.
Also, Florida § 627.706 defines "catastrophic ground cover collapse" under these terms:

The severity of damage that occurs to an edifice is important for insurers when considering a sinkhole damage insurance claim. Florida Statute § 627.706 defines structural damage under these terms:

If there is no structural damage, or sinkhole activity was found not to be the cause of the damage, then the professional engineer will issue a report stating:

The respective findings of the professional engineer or geologist are to be presumed correct. Should repairs be necessary, because of sinkhole damage, then the insurer will pay the claim and will file a report and certification of the claim.

Atlantic | Sinkholes in Florida - This article from the Atlantic provides reasoning behind the seemingly rife sinkhole problem in Florida. Read what professionals and scientist around the country have to say about Florida and its sinkholes.

If your home or belongings have been damaged due to a sinkhole, then contact an experienced Florida insurance attorney to find out about getting the compensation you deserve.

Florida insurance companies must offer their clients the opportunity for sinkhole coverage. Germain Law Group has defended countless clients and has seen, firsthand, the problems that arise in these insurance cases.

Replacing and repairing homes can be extremely expensive, especially if such damage is not covered by a person's homewowner's insurance. It is imperative to find legal representation that will fight for you at every step of the way.

Germain Law Group will review your case if you are in the Sarasota County area, and these surrounding counties: Manatee County, Hardee County, DeSoto County, Highlands County, or Pinellas County. 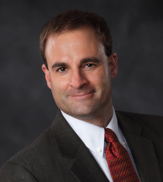 Michael B. Germain is the founder of the Germain Law Group. For over a decade, Michael has been involved in litigating insurance claims and complex commercial matters.